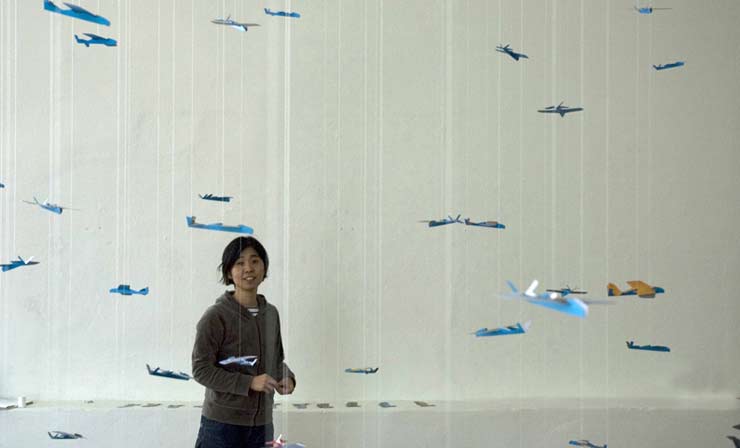 Simply put, “they’ve still stuck on your wall” is a video work that is designed to document my travels to a variety of locations around the world. Specifically, this will involve attaching a small airplane-shaped object to the window of the vehicles in which I ride, and filming it with a video camera. By placing the small object in the window, it will appear as if the airplane is actually flying, due to the movement of the scenery in the background. The scenery will, naturally, differ depending on the site.
In repeating the filming process in various locations and assembling the results in a video work, I hope to address questions such as, “What is movement?” and “How does one culture differ from another?” As my interest in the project deepens, I believe the significance of the work will increase.
Until this point, I have been travelling and making similar video works in Japan. This began in my hometown of Gifu, and has continued with segments filmed in places such as Tokyo, Nagoya, Osaka, Kyoto and Okinawa. Whenever I travel, I film. I have come to consider this activity as an essential part of my lifework as an artist.