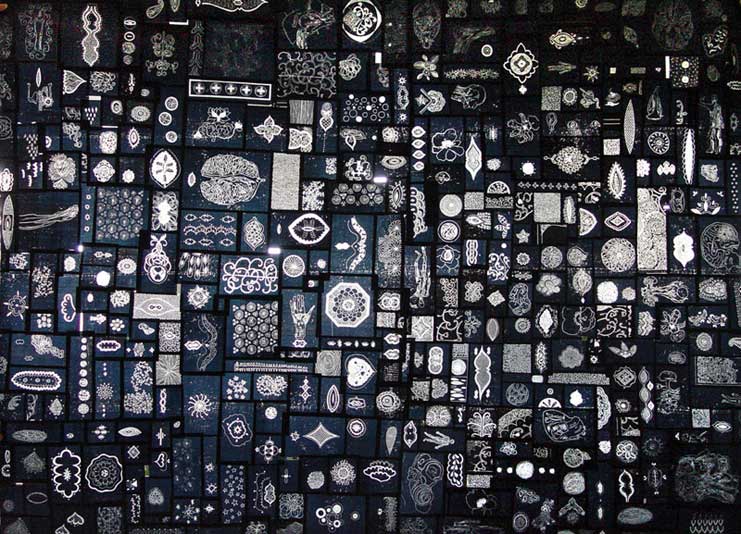 From the beginning I concentrated on body, figures, human being and gender problems. Carpet III consists of many pieces of black carbon paper and it is showing parts of human body like: cells, heart, muscles and decorative motifs. All these pieces are put together and sometimes it is difficult to recognize what is what. In Carpet III, Cosmos, The Boys Cry and Tears (Male) I focus on “a universal body” problem, on which I have been working since 2002. According to this artistical idea “a universal body” is for example blood, tissue, tears… which all human beings have and it does not matter from which country they come from and what they look like. The next issue I am interested in is war problem. In War Project, Weapon and Roses, War Design and Deadly Flower I am talking about “war”, strictly speaking about its anonymous victims. All pink flowers are for them…