Prints based on photography 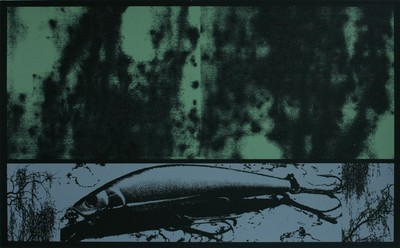 I photograph urbane landscapes with traces of human activity. My picutures are an archeological documentation of human fingerprints in nature. I continue to work on the photos digitally in Photoshop and print them on a transparent folie. After that the images are transferred to printing plates or silkscreen covered with a light sensative emulsion. This process is made in a vaccum frame and in UV-light. Then they are developed in water and printed as a photopolymer graveur and a seriegraphy.

The subject of my art is nature touched by the human hand.

A landscape of urban development created by city planners, architects and contractors.

Close ups of industrial areas where the winds of change gradually wipes out visible signs of the past.

My prints are an archaeological documentation.

What you see does not exist any more. 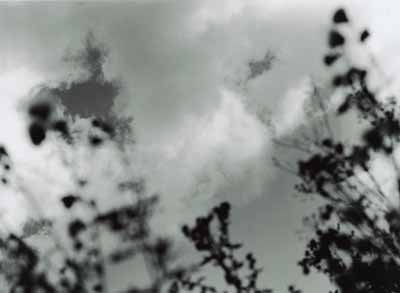 The range of possibilities in the copperplate, from “light to dark” in etching and intaglio is fundamental for my printmaking.

I have always had an interest in the old analogue photographic handcraft and it’s treatment of light, but not until 1993 I started to work with photograveur as as a printmaking process. At that time as etched copperplates using a process that  slowly creates the etched image in the plate.

For a theme exhibition at Röda Sten in Gothenburg 2003 I worked with a combination of analogue photography and photopolymer prints. The images and the rough exhibition room at Röda Sten together created visual wholeness. That way to exhibit suited my temperament and since then photopolymer has been added to my working materials as a complement to copperplates. 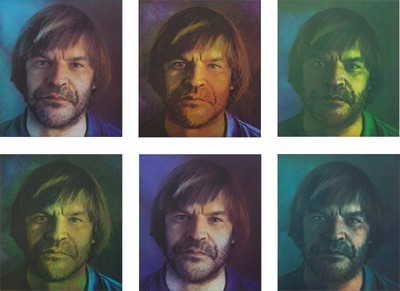 “The true Lasse” consists of 60 portraits as a starting point. For this exhibition I have choosen to show a selection of works from this project.

“The true Lasse”  is about identification/personification and the creation of a visual profile of my friend Lasse, and how you as a spectator code this from knowledge of the person/gathered facts or from registered references and active fragments of memory. What are we looking at? Which one of the portraits is the “True Lasse” ? The answer might be none or all.

By working with the portrait in different versions I can place him in different situations(expressions) for the spectator to evaluate. The portrait is in a static state but the significant features we pays attention to as spectators, are moving together with us from picture to picture. Can we interpret an individual’s psychology through a portrait and could it in turn be seen as answers to the questions around our own theory of it? The subconscious identification of being inside the experience in the past, present and future, not to leave it but to remain and overcome it from the inside.

*) The tradition of portraiture: the autonomy of the individual:

providing metaphysical significance to the self-regard of the bourgeoisie

*) Psychology: the essence of the individual: portraiture as a

Optics: Educating the visual: seeing “right; focussing on the retinal;

a likeness, but that’s not really what it is” (value judgement indeed …)

particular being, by now we tend to believe that icons in contemporary

our (self-reflection) own gaze.

Meeting Lasse is meeting his “other”, that is, meeting ourselves in the

Meeting Lasse is to meet our own gaze looking at him.

*) Social devices: representation is no longer connected to the certainty

of a rational, general or correct interpretation of Thing, but rather to the

possibility of negotiating, sharing or confronting a dialogue about the

*) Language: if we assume the idea of expression as a process rather than

as a concrete and final product, then portraying Lasse is equal to the act of

both talking about him and talking to him, and every single word used in

this operation is part of the song we sing through and to each other.

*) The contemporary: it could happen that the man called Lasse may be

present at the show …

Nikos told me a story he had heard from a Canadian:

a masterpiece of art. He invited an artist from the farthest kingdom to the

West and another from the farthest kingdom to the East, to compete for a

A Greek and a Chinese arrived. They shared a space divided by a huge

The Chinese started at once with long working days, whereas the Greek

invited the local artists, philosophers and poets to visit whenever they

wanted. His space was always full of people.

Then, one day, the prince announced the time had come to show him the

The Chinese showed a great painting with clouds, mountains, rivers,

pathways, temples, characters, animals and blades of grass. The prince was

amazed and expressed his wish to wander through the landscape, the most

beautiful he had ever seen.

constant partying, he asked, with mistrust, for the drapery dividing the

spaces to be removed.

To his surprise, he found himself surrounded by a sublime landscape.

Entranced, he walked into it.

On his wall, the Greek had mounted a wide mirror reflecting the work of

Anthropology proposes that one way of constructing identity is the consciousness

of  the Other. On the other hand, Lacan’s psychoanalysis mistrusts the impurities

of the Self whose construction is based on the image reflected in a mirror. The East

speaks of the illusion of the Self, and Master Eckhart says that “the eye with which

I see god is the same eye with which god sees me.”

From the text , Please join the Party by Prof. Søren Kjørup

In the project “The True Lasse”, where we are directly invited to do our own coding of the work.

What do we really see here? Which of the many renderings of Lasse shows us the real person? The answer, obviously, is both “None” and “All”. The real Lasse is of course a human being in flesh and blood, living and moving and changing through time, but what we see here are only a series of reflections of a reflection, prints made from an original photograph that has captured just a very short moment in time. But in another sense all of them show us the real Lasse, or perhaps better a real Lasse, as each of them shows us one aspect of his personality (or at least: a possible aspect of his personality – since I am not sure that all the sinister-looking highwaymen in the series give away Lasse’s real personality).

What is more important, however, is that by making all these different prints of the one original photograph, Jan Pettersson reminds us that also one “original” person does not have just one look, corresponding to just one personality. We are all constantly moving, changing our looks, our expressions, our visual moods. And seen in this way, the title “The true Lasse” should not only be read as an invitation to find the true Lasse in one of the prints, but to realize that the true Lasse is not a person we meet in one specific print, but in the full series, taken as a whole. 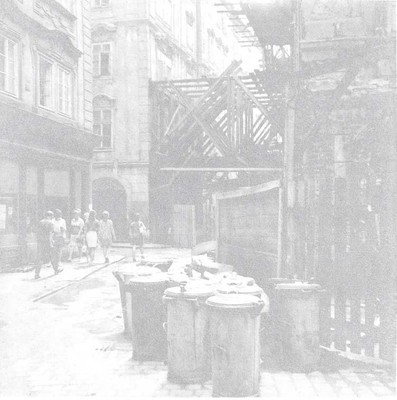 My prints for this exhibition are photograveurs. They are made by using the old technique on copperplate, with pigment paper and etching in iron chloride.
One of the series of images is motifs from Prague and are some of the first photograveurs I made. The other series of images is pictures from Istanbul and they were made almost twenty years later. Now I have “recovered” them again and seen a relationship between them. By printing the graveurs in a completely different way than before, by using the same paper size and the same ink, I want to stress what they have in common. The bright color and the somehow “hazy” expression is an attempt to transform the describing character of each image to a new wholeness that hopefully tells a partly different story…

Prints based on photography