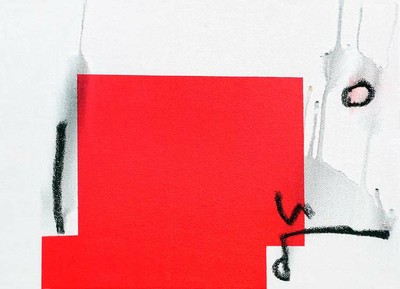 Modhir Ahmed: Return to Borås
In October 2012, Ålgården Gallery in Borås will host the presentation of MODHIR AHMED a traveling retrospective offering a comprehensive look at the career of one of the country’s leading immigrant artist from Iraq.

Modhir Ahmed returns to Borås after 20 years with an exhibition that is a continuation of the Dalarnas museum show, curated by Anne Seppänen.  The exhibition in Ålgården is structured thematically rather than chronologically. It largely explores the dialogue between figuration and abstraction focusing on works of the last decade and a few of his groundbreaking earlier work. It also highlights the future direction of his art, his very recent sculptures – many of which were never before seen by the public when the show debuted in Dalarnas museum in January 2012.

The 35 years evolution reflects the artist’s sense of freedom in his approach to the use of materials and concern with a multiplicity of influences which crossed many of art’s boundaries – yet they defy categorization.  And this freedom was first reflected in his decision to live and work in Borås – away from urban art centers before his move to Falun – a path which he maintains in his pursuit to balance the modern and the traditional, the creative and the technological.

Focus on New works
It took two years for Modhir Ahmed to prepare the exhibition in Dalarnas museum and in the process; Ahmed took a new artistic direction. From his old works stemmed art objects; paintings and prints into sculptures for which no exact shapes exist and drawings translated to installations exploring light, shadow and line – all demonstrating a continuous relationship to his earlier work.

For example, in the wire installation which at first looks like a simple fantasy structure shows the shadow of the individual wires are reflected in two angles.  This is a study of light on the object versus surface which on one side is a line drawing that is just in the opposite direction, appearing almost surrealistic. It could be said that a space in a space is drawn and the line is subject to physical laws.

These 2012 works does not have anything to do with creating art out of nothing or simply depicting something.  It is about transforming art that is at hand and thereby putting the act of transformation of the flat nature of the picture into the characteristics of the material and object.   Alongside his installation output, Ahmed created a radical body of found art in tandem with his sculpture that contributes to an understanding of the artist’s objects as simultaneously historical and physically present, insightful and psychologically charged.

Lord of the Earth
The shovel was the first readymade sculpture by Duchamp and since then has been used by different artists as a work of art, not only literally but figuratively and Ahmed looks back and unearths the current crisis of history and art with the shovel. Conceptually he alludes to a range of issues and concerns that reflect his understanding of the beginning of Enki.

For Ahmed, the design of the shovel itself is art and it functions as a powerful metaphor for the various endeavors of the human mind that seeks to excavate buried treasure and reveal ravages of time in the depths of amongst other things, itself. The shovel, the one image or material in a ring implies contestation in the areas of political, social, cultural and economic fields, and of substitution and shifting power relations. It suggests a present where the past and new developments in technology, pop culture and mass communication defer memory and meaning – all that has come to accumulate to form or reconfigure the present. Interestingly, several of the works of Ahmed introduce new conversations amongst themselves and provides a suitable multi-layered, open-ended encounter.

MODHIR AHMED, retrospective in Borås not only provides an opportunity to explore key themes and influences in the artist’s life but is also a view and a preview of his move towards the newness of his techniques and materials and the significant physical presence of his pictures, the play between the absolute materiality of literal objects and the immateriality of deep spatial illusions that constantly challenge flatness.

Curious, uncompromising and difficult to categorize artist, Modhir Ahmed and his works continue to look as fresh as the day they were made, which is more than can be said about most of the art of the period. 35 years to date, painting, print or sculptures, they continue to intrigue the viewer as a successful effort to keep figuration, abstraction and manifestation embodied in his art.

We look back from where Ahmed started his artistic journey. His strong artistic foundation, his exemplary achievements, and the new complexities that enhance the interest of Modhir Ahmed’s trajectory beyond its intrinsic coherence and the value of his work – a broad and deep framework with perspectives on continued relevance and vitality.